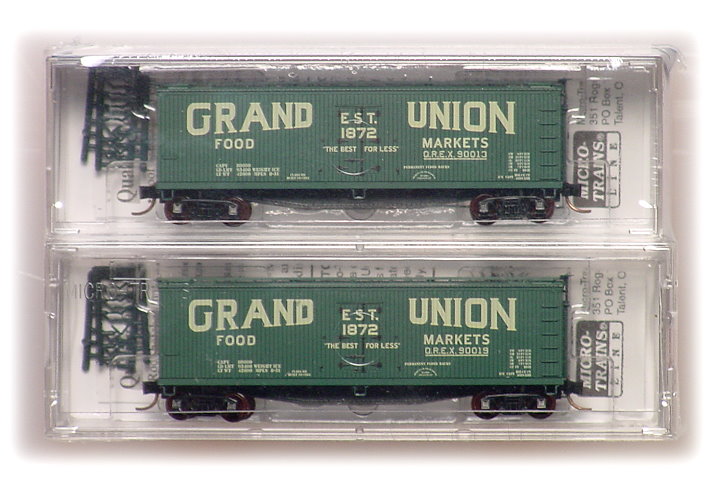 This limited-run set is a collection of models representing early 20th Century ice reefers for the Grand Union Company food market chain.  The set contains two each of Item 2008 from the February 2002 release.  Made in United States.

These products are not toys and are not recommended for children under 14 years of age.